During the online meeting, on the 15th of January, the Deputy Prime Minister of Ukraine, Minister for Reintegration of the Temporary Occupied Territories (MTOT) Oleksii Reznikov with the Ambassador Extraordinary and Plenipotentiary of the United Kingdom to Ukraine Melinda Simmons on the launch of the project “Support for the Strategy of Transformation of the Economy of Donbas”. The parties discussed the issues of the project realization, expressed their vision of its development and defined further formats of cooperation. Hlib Vyshlinsky, Executive Director of the Centre for Economic Strategy, also joined the discussion.

Centre for Economic Strategy`s experts are working on the development of basic models of economic strategy within the framework of the implementation of the concept approved by the Cabinet of Ministers of Ukraine.

The project “Support for the Strategy of Transformation of the Economy of Donbas” is funded by the British Embassy in the framework of the Good Governance Fund and targeted to support the Ministry in the drafting of the strategy for the economic development of Donetsk and Luhansk oblasts, which is focused on the Government-controlled territories of Donetsk and Luhansk oblasts of Ukraine.

The technical assistance will enable the MTOT to prepare an outline national support framework for the region.

The framework will provide the critical parameters and thematic elements of the strategy and layout of the GOU’s approach to re-energising economic growth, facilitating domestic/foreign investments, deliver tangible economic benefits to the citizens in the region and ensure with the long-term goal of helping to stabilize the economic and social situation in Donbas. 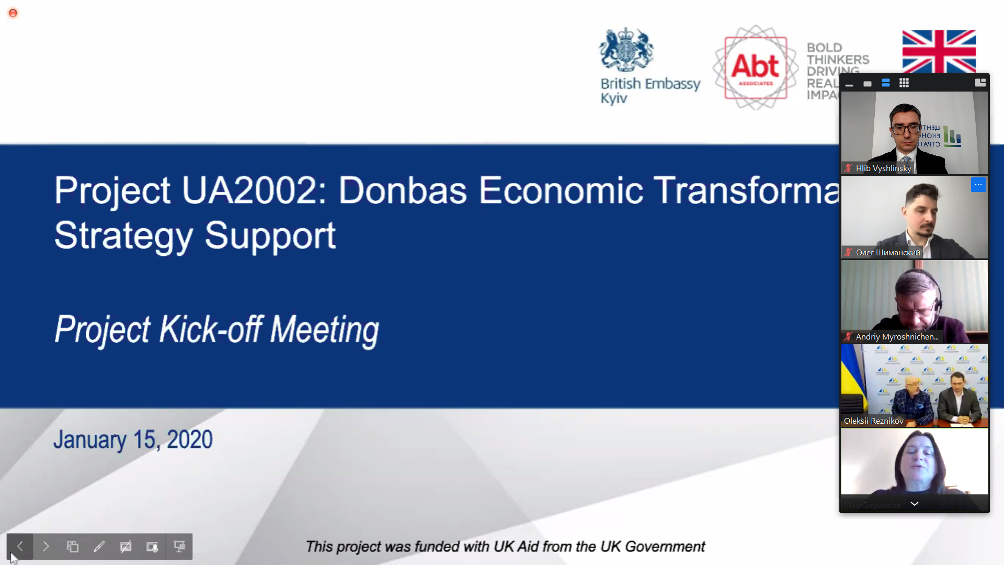 The project “Support for the Strategy of Transformation of the Economy of Donbas” is funded by the British Embassy in the framework of the Good Governance Fund.