If you compare the budget of Ukraine today and the budget of Ukraine as it could be with stronger governance and the rule of law – the difference is crucial. The potential for one-time revenues is estimated in $26 billion, another $8 billion could be received by the budget every year if the law at all levels was respected and enforced and structural reforms were carried out. Thus, for a five-year period one-time losses or inadequate revenues for state finances are  $70 billion. These are the conservative estimates in only a few selected sectors.

Such conclusions were made by the analysts of the Center for Economic Strategy in the study “How much does the budget lose due to the lack of good governance?” which was presented on December 04, 2018 at the Interfax News Agency.

«Ineffective country management, lack of authority, corruption are the obstacles to economic growth. Investors, international organizations, rating agencies, and partner countries are monitored the country’s indicators in governance and corruption ratings. Unfortunately, Ukraine is still far behind. And it costs nearly 8 billion dollars per year to the country and 26 billion dollars as a one-time sum. If we take a five-year period then this is more than the entire state and guaranteed external debt of the country and more than Ukraine has borrowed from the International Monetary Fund for all time of cooperation», – Hlib Vyshlinsky, the Executive Director of the Center for Economic Strategy, commented the results of the study,.

For the analysis 7 specific examples were selected where due to poor governance and / or violations of laws funds or opportunities were lost. The Ukrainian reality was compared to the “scenario of a better world” where as an example the countries in central and eastern Europe or average indicators for countries with the higher rule of law were taken.

Losses for each of the directions are estimated at this level:

This list is not full of cases where the state loses money. These directions have been selected for analysis among others according to the following criteria: 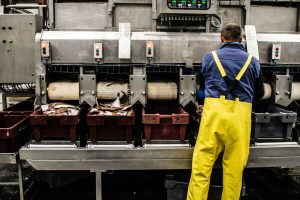