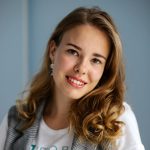 IT is one of the major drivers of the Ukrainian economy. Latest data suggest that its share in Ukraine’s GDP has reached 5%, and its increase to 10% is one of the key goals of the Ministry of Digital Transformation.

A rapid development of the industry demands more talent, which is currently scarce. According to GlobalLogic, one of the largest IT companies in Ukraine, the demand for IT professionals is growing by 30% each year, but the number of new programmers lags by half. This may slow down the potential of the IT industry in Ukraine.

Although the number of students majoring in Computer Sciences is growing by 11% annually, only 20% of them are females. As a result, the Ukrainian IT industry, like the global one, is gender unbalanced: 25% of IT employees in Ukraine are women, yet most of them work in non-technical jobs, such as project managers, HR, and marketing specialists.

Studying Computer Sciences is often associated with math. However, the data show that there is no statistically significant difference in the average scores of ZNO, a nationwide examination to enter higher education, in Mathematics between girls and boys. In addition, girls choosing to major in CS have higher ZNO scores in Ukrainian language and English. Therefore, the difference in mathematical abilities cannot explain the low share of girls in CS programs.

The choice of girls is often influenced by gender stereotypes about STEM jobs, opinion of parents, relatives, peers, and teachers, as well as lack of self-confidence.

Gender balance can impact organizations financially. Research shows that companies with gender-balanced teams have higher sales and profits. For Western customers, on whom the Ukrainian IT industry is mostly focused, the gender composition of project teams is becoming more and more important.

The peculiarity of the Ukrainian IT sector is that it offers much higher salaries than other industries. For women who are interested in innovation, ready to constantly learn and integrate into the global community, employment in IT can become a decent option for greater financial independence. We calculated that even in junior roles in IT remuneration is three times higher (+15.3 thousand UAH per month).

In addition, the gender pay gap in IT is 11 percentage points less than the national average. In other words, a small positive impact on the economy from attracting more women into IT could be achieved through a smaller pay gap in an industry where compensations are already much higher than the national average. We estimate that the Ukrainian economy would gain up to 32.7 million USD from this.

To make CS programs popular among girls, we suggest that the authorities take the following steps: 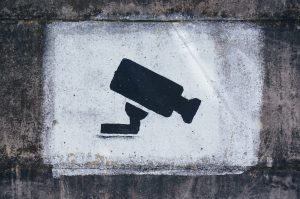